TransGothic in Literature and Culture 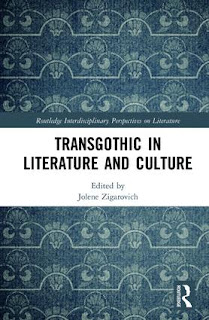 TransGothic in Literature and Culture

"There are very few collections of essays on the Gothic and issues of gender and genre that are as cutting-edge and innovative as this one. While other studies have gotten powerfully at the relation of the Gothic to "queer" or alternative sexualities, the pieces here hone in with great analytical power and theoretical rigor on how and why various modes of Gothic render the blurring of and crossing between gender boundaries and even body types, putting in question nearly all definitions of particular sexualities and all standard articulations of the human body’s limits. These discussions even match their depiction of what is transgender with how the trans-generic mode that is the Gothic keeps transforming itself to reconceive of human multiplicity, real and imagined. This book therefore occupies a distinct and valuable niche within Gothic studies, sexuality studies, cultural studies, literature and film studies, and studies of the languages and politics of human self-definition."
--- Jerrold E. Hogle, Department of English, University of Arizona, USA.

This essay investigates the dynamic gothic dialectic that exists between civilization and barbarity. Within our transnational culture, the notion of a state of emergency (Walter Benjamin), or a state of exception (Giorgio Agamben) have become familiar terms. The author argues that the gothic also has the potential to employ a state of play (explored through caricature, satire, and the monstrous) that reveals how bodies and nations transition to other ideological states, such as the body politic and the transnational, through a traumatic negotiation of postmodern Enlightenment. The essay reveals the roots of these preoccupations in Swift’s Gulliver’s Travels (1726), Tagore’s Nationalism (1917), and Alasdair Gray’s Poor Things (1992). 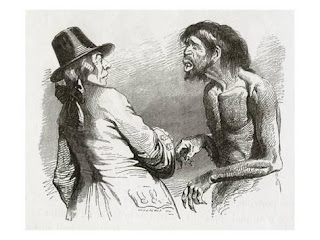 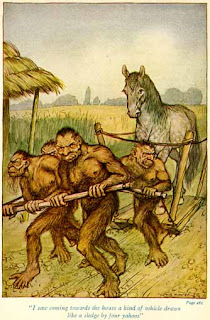 This book contributes to an emerging field of study and provides new perspectives on the ways in which Gothic literature, visual media, and other cultural forms explicitly engage gender, sexuality, form, and genre. The collection is a forum in which the ideas of several well-respected critics converge, producing a breadth of knowledge and a diversity of subject areas and methodologies. It is concerned with several questions, including: How can we discuss Gothic as a genre that crosses over boundaries constructed by a culture to define and contain gender and sexuality? How do transgender bodies specifically mark or disrupt this boundary crossing? In what ways does the Gothic open up a plural narrative space for transgenre explorations, encounters, and experimentation? With this, the volume’s chapters explore expected categories such as transgenders, transbodies, and transembodiments, but also broader concepts that move through and beyond the limits of gender identity and sexuality, such as transhistories, transpolitics, transmodalities, and transgenres. Illuminating such areas as the appropriation of the trans body in Gothic literature and film, the function of trans rhetorics in memoir, textual markers of transgenderism, and the Gothic’s transgeneric
qualities, the chapters offer innovative, but not limited, ways to interpret the Gothic. In addition, the book intersects with but also troubles non-trans feminist and queer readings of the Gothic. Together, these diverse approaches engage the Gothic as a definitively trans subject, and offer new and exciting connections and insights into Gothic, Media, Film, Narrative, and Gender and Sexuality Studies.

This series is our home for cutting-edge, upper-level scholarly studies and edited collections. Taking an interdisciplinary approach to literary studies, it engages with topics such as philosophy, science, race, gender, film, music, and ecology. Titles are characterized by dynamic interventions into established subjects and innovative studies on emerging topics.

Posted by Dr Ian McCormick at 13:54 No comments:

Dr Ian McCormick
Dr Ian McCormick served as a University Professor. Most recent publications are "The state of play: transgressive caricature and transnational Enlightenment" in the book "TransGothic in Literature and Culture", ed. Jolene Zigarovich (Routledge, 2017); The Art of Connection: the Social Life of Sentences and 11+ English (Quibble Academic, 2013, 2014); a chapter in Sex and Death in Eighteenth-Century Literature (Routledge, 2013); a new critical edition of Shakespearean Tragedy. Awards and Prizes include King James VI Prize (1989); Lawson Memorial Prize (1985); British Academy Major State Research Studentship (1990-93). Ian's work has been featured on the BBC (Radio and TV); in the Times Literary Supplement, The Observer, The Guardian, Time Out (London), and in academic journals. He has organized two international conferences for the British Society for Eighteenth-century Studies, at the University of Oxford and two International Community Film Festivals. Also Vice-Chair and Trustee of Birmingham Ethnic Education Advisory Service.